Finishing off the South Island

We scheduled two days in Dunedin because it is the only real coastal town on the south island we would visit on the trip. Dunedin is known for two things world wide. The first is the incredible surf they get. They get swells from arctic storms that are gigantic, powerful and cold. The second is the steepest street in the world. It rises at a 35 degree angle. There are a lot of charming things about Dunedin, and it IS the oldest most historic city from a European perspective in New Zealand, but after falling in love with Queenstown, it’s hard to admit that we really just wanted to be back Queenstown. 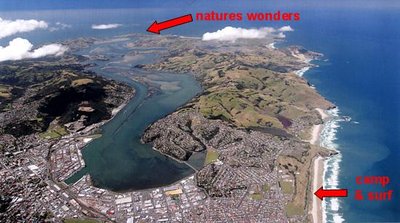 It rained during our visit and it was a little chilly, but we still got in a couple of nice dinners, a good surf session, visited the steepest street in the world and we visited a gorgeous place called “Natures Wonders”.
Natures Wonders is a converted farm that now is a very nice a wildlife sanctuary – though sheep still roam. This isn’t like Deer Park Heights. It’s a gorgeous place that acts as a preserve, (not a petting zoo) for the endangered yellow eyed penguin, and a breeding and birthing ground for fur seals. We saw a few slow-moving Yellow eyed penguins, a few blue penguins, as well as hundreds of baby fur seals that had just been born. Heaven for Griffin, though I thought we were going to crash on the way to the place as the lanes were at times one lane wide. We were driven around in 8 wheel vehicles (like the old Banana Split mobiles) to access the rugged and untouched coast line. The boys loved that. 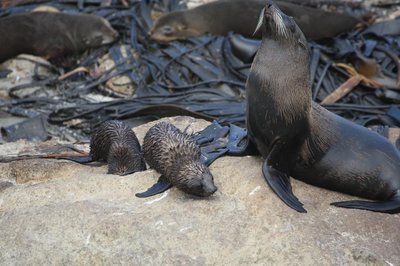 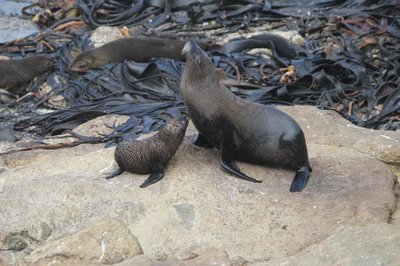 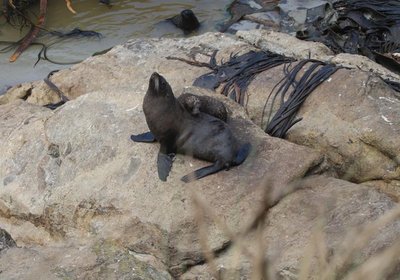 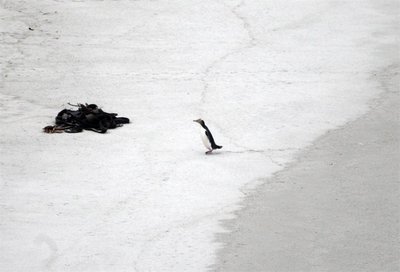 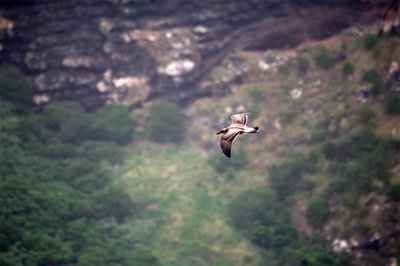 Parker and I walked up Baldwin Street, the steepest street in the world according to the Guinness boo of world records, and it was incredibly steep. Unfortunately, somehow I nuked all of the pictures of our hike, so you’ll just have to gander at this stock photo to tell. 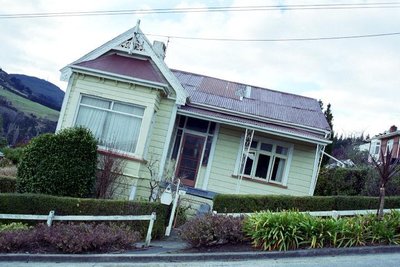 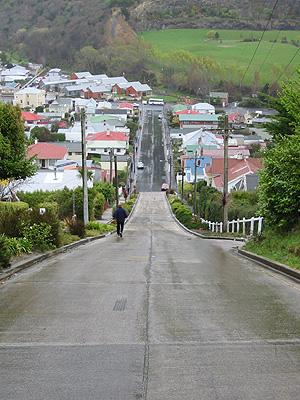 The surf was powerful even though it wasn’t all that big, and it was teaming with life. There were so many jelly fish in the water it felt like soup when we were paddling, our hands pulling through hundreds of tiny purple jellies. With the wet suits, we didn’t care too much about the cold or the sea life. Neither of us got stung once. 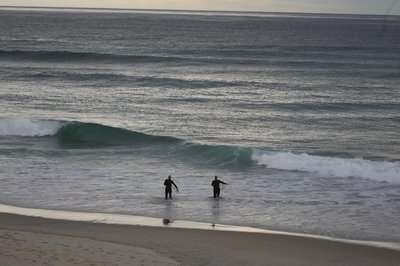 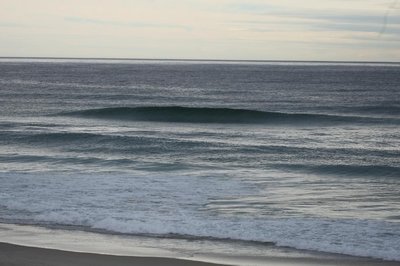 Dunedin had a very nice skate park which we had planned to abuse, but after about 15 minutes of skating, the rain came and thus came an end to the skate session. Instead, we toured the local “Speights” brewery, which had become my favorite beer in New Zealand, and as cheesy as the tour was, the boys enjoyed it, tending bar and pouring a couple of pints for the first time. A bizarre dichotomy in New Zealand: A parent can hand a 12 year old a beer and they can drink it legally, but that same parent can’t bring that 12 year old to an R rated movie, under any circumstance (e.g. American Gangster). 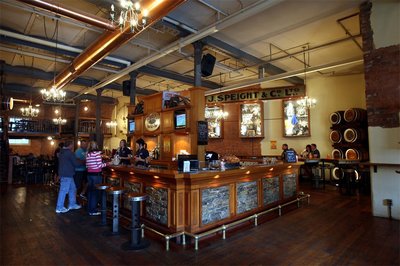 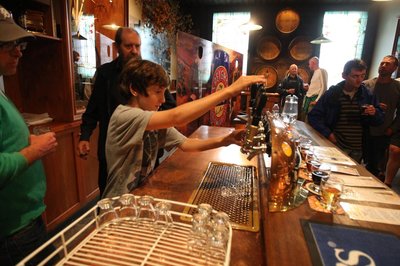 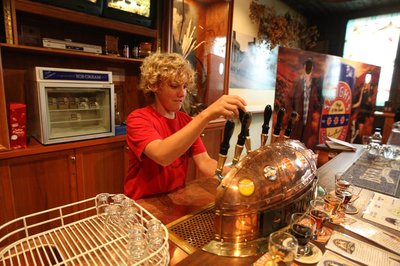 Christchurch
We stayed in Christchurch for two days just to get ready for Africa. The drive to Christchurch from Dunedin was unremarkable, and the roads were straight. The land was actually flat for a change – and represented the only coastal plain on the east coast of the island. It felt a bit like the plain between the Ventura river and the Conejo Grade, with a lot less activity. We picked up a couple that was hitchhiking and looked like they were in need of some help. It turns out they were touring the coast in their sail boat, and their engine block cracked. They were now waiting for the repairs which could take the better part of a week or more. Now they just needed a lift to get to the nearest town, which was about 45 kilometers to restock some provisions. We dropped them off and continued north on our flat straight and uneventful road.

When we arrived in Christchurch, we returned the camper and were reunited with our bags and our gear that we had shipped to Christchurch. We washed laundry, and picked up any provisions we needed for our flight out. We also skated a nice skate park, dined at a couple of nice eateries, and strolled the city a bit on foot and on the bus system). One restaurant in particular deserves mention. It was called the Mexican Café, and the Mexican food was better than we get at home in San Luis Obispo, and the tequila selection was one of the best we had ever seen. If you’re in Christchurch, don’t miss it. Christchurch was a bit of an anticlimactic end to our New Zealand itinerary, but frankly, we were ready for the next adventure to start. On Monday we drove to the New Zealand airport with plenty of time to spare and readied ourselves for the longest airline trip we’ve ever taken. 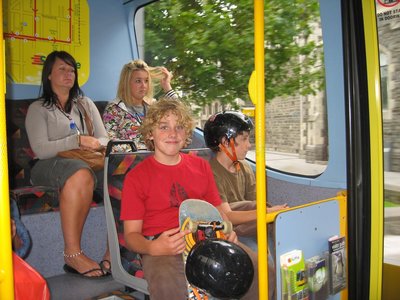 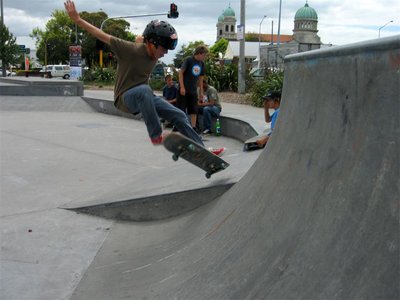 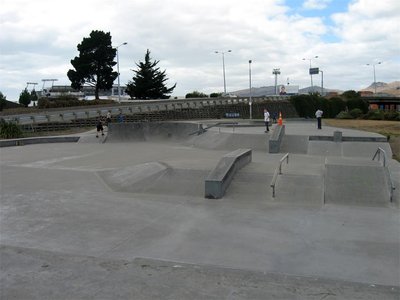 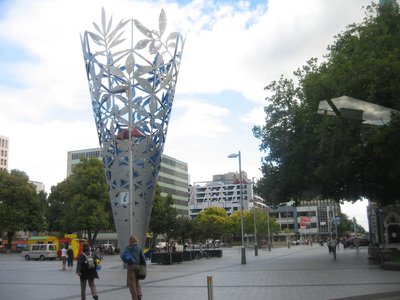 Farewell to New Zealand. What an adventure it was. Being on an airplane that long sounds awful, but all of you seem to take it in stride.
I knew you would love the buildings in Dubai, Parker. Africa, here they come! Love, G'ma