A week in Zurich?

I know what you’re thinking. Zurich? You guys spent a week in Zurich? Isn’t that the place that is chalk full of Swiss bank accounts, Swiss bankers, three piece suits, starched shirts and precision timing? In short, isn’t that that place that is tighter than Priscilla Presley’s Forehead? We thought that too. We were readying ourselves for structure and precision, and man were we wrong.

We have a dear friend (Tamara Jehle) who was born and raised in and around Zurich and through our conversations with her while we travelled (over Skype), we made arrangements to visit. We would leave Italy and head to Zurich for our first post-Italy European city. Tamara is in the Heli-skiing business in Zurich now, having finished a long stint as a professional snowboarder. We met Tamara in Whistler 10 years ago where she taught Anna and Carol how to Snow Board, and subsequently taught Parker and me as well. We’ve travelled to Mammoth together and she’s visited our homes a number of times over the years. It was only fitting that we stop and visit Tamara. She cleared four days to be with us and showed us a side of Zurich that few tourists see. It was completely counter to what we all thought when we conceptualized “Zurich”. 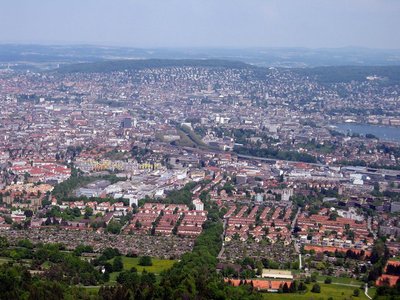 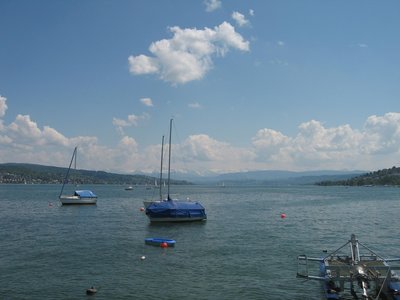 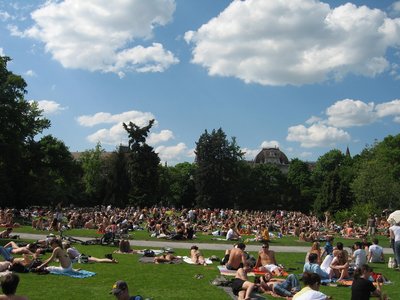 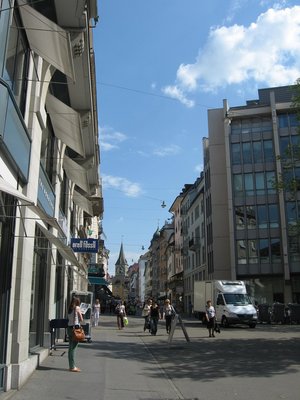 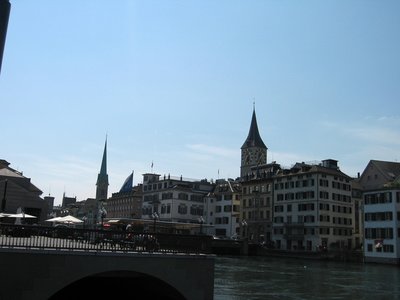 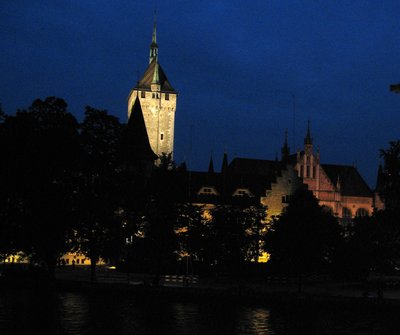 We found Zurich to be an energized, athletic, incredibly hip, culturally eclectic, and very accepting place. Sure, UBS and Credit Suisse are headquartered here, so there are bankers roaming the streets on weekdays, but there are Rastafarians, Punks, Goths, Metal Heads, Skate Boarders, Break Dancers, Beach Volleyballers, Mountain Bikers and extreme partiers on the weekends. Yes, some of them work for UBS. Tamara introduced us to some of her friends who we enjoyed immensely, and we were able to partake of the local scene as if we lived here. 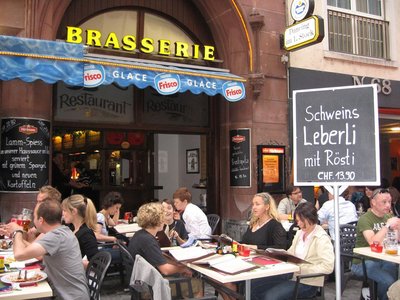 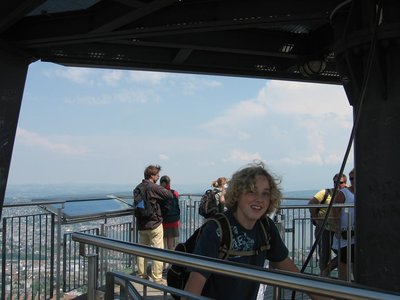 The weather in Zurich was unbelievably nice. It was about 75 degrees and sunny with an occasional afternoon shower. Zurich rests on beautiful Lake Zurich that becomes the main source of entertainment when the weather gets good. We hung out by the lake or the river that drains it for a few days, taking in the sun and the beautiful people. The water was a chilly 58 degrees (f), but this didn’t prevent us from partaking (it was much warmer than South Africa). We took the very precise and most excellent public transportation system to House Mountain for a great view of Zurich and the surroundings and hiked down, watching mountain bikes traverse some pretty gnarly single track. We took the trams everywhere and found the connections from train to tram to bus to be completely flawless and near-perfect. Another lesson for America. 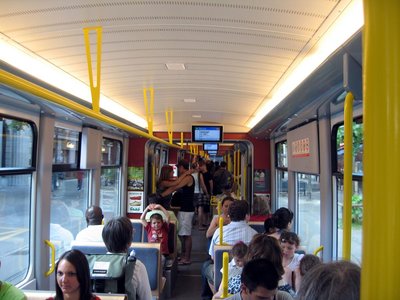 Perhaps the most fun we had was in a district called Letten. The Letten district had a wonderful area right next to the river that called home to a few bars and restaurants, a skate park, three beach volleyball courts, a makeshift masonite floor area where ex-gymnasts break-danced to tunes that we hear in the US all the time. Burning hemp wafted across the area as freely as cigarettes in Italy and not even a head turned, though deeply inhaling noses did. It was incredible to see all of the diverse activity taking place side by side. Skaters would punctuate the break dance floor with an errant board, while bar goers walked through the skatepark, occasionally trying out a board. The people were all so different, but also much the same, in that they just accepted everyone else. Territoriality didn’t seem to really exist and no one was trying to buzzkill any other cliques’ activity. Boarders, Break Dancers, Rastas, Sun Bathers, Beer Drinkers all coexisted in this environment. I can’t think of a place where this kind of thing exists in the states with this level of openness and acceptance. Zurich is amazingly COOL! 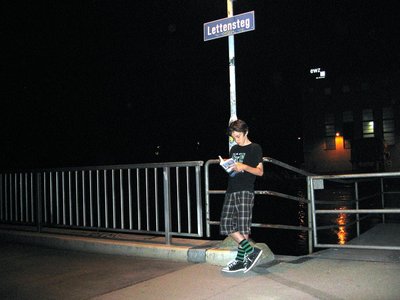 Speaking of cool, have you heard of Freitag (fray-tog) bags? They are the rage of the cool folk in Zurich. Freitag makes shopping bags, messenger bags of all sizes, purses, man bags, wallets, back packs, ipod holders, and they are all made out of recycled materials. To be precise they are made from seat belts, truck tarps, and recycled rubber. Other companies have been trying to replicate them for years to no avail. The bags look a little like a used truck tarp (duh!), but they are functional and just say “cool” I mean, check out the shop for crying out loud, including a “truck spotting” platform on the top. How cool is that? Yes, they are stupidly expensive and probably carry an obscene profit margin, but we couldn’t help ourselves and bought a few. 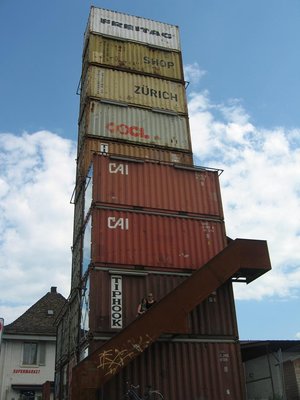 The only downside we found in Zurich was the cost. It is a very expensive place to spend time. The dollar is so darn weak, that we trade about one to one. You know it wasn’t always like this when you note that a Vente Nonfat Late’ at Starbucks will run you about $8.00. We found the same with hotel rooms, dinners, shoes, shirts, and the like. In inverse, the public transportation system was very reasonable, and excellent, and Zurich has a free bike rental program where you can hire a bike for free, and then return it later in the day. How nice (and how trusting) is that?

A couple of other things I didn’t mention already. First, probably the nicest and most appropriate skateboard park we had seen on the trip was just outside of Zurich in the suburb of Winthurtur. It a great street section, a great half pipe and a world class bowl – all wood. The second thing I didn’t mention was the train ride to Surich from Milan. It was the most beautiful train ride of our long trip, (including the Tibet train ride). The mountains were stunning. The big towns (like Lake Como) were unbelievable and the little towns ever so quaint. You could see the architecture change from definitively Italian to definitively Swiss as we got deeper into Switzerland. 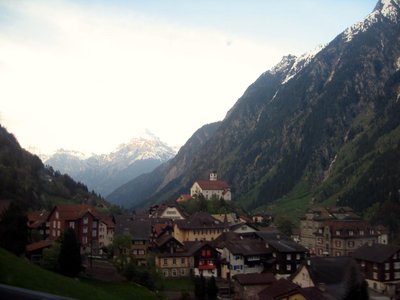 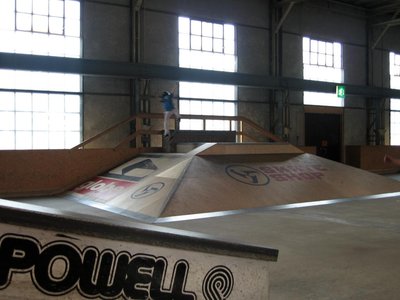 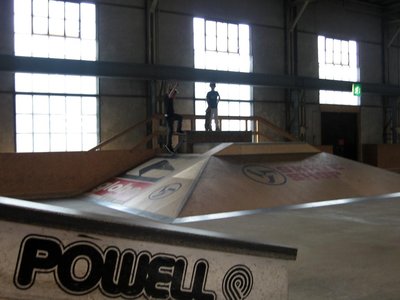 Overall Zurich has been one of our favorite cities and one of our most pleasant surprises of the trip. Tamara, thanks so much for allowing us to monopolize you for four days and thanks for spending all that time with us. And thanks for being such a great friend. Hope to see you in the states soon! 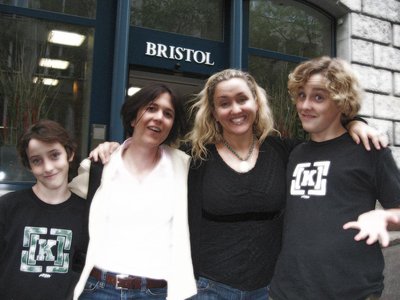