The last city on our China itinerary was Hong Kong. We were actually a little hesitant to put it on the itinerary, thinking it wouldn’t be different enough from Shanghai or Sydney to warrant a visit. I was wrong. Hong Kong is exceptionally unique and it doesn’t “feel” like the rest of China we visited. Of course it shouldn’t, having been under British rule only 10 years ago. Hong Kong looks and feels more like London or New York City while simultaneously reminding you that you’re in China through a barrage of Mandarin or Cantonese signage. Like New York or London, the neighborhoods differ noticeably from each other, but all are interconnected by a common and excellent public transportation system. Also like New York and London, just about everyone spoke English. We traversed Hong Kong neighborhoods using just about every form of Public Transportation available to us. We used buses, taxis, trains, subways, ferry’s, and old rail cars. We visited suburban communities where we were the only european faces and still had no problems communicating. Compared to Shanghai, getting around in this densely populated city was a piece of cake. 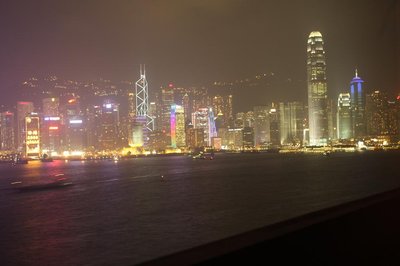 We stayed at the Intercontinental Hotel in Kowloon, which is on the mainland across the bay from Hong Kong Island, but still considered Hong Kong. Kowloon tends to be more frenzied than Hong Kong Island, and seems a bit less orderly and messy, which we loved. Kowloon offers a great combination of back alley souvenir shops, custom tailors, jewelry stores, eateries of all kinds, high end boutiques, and picturesque strolls. Our hotel lobby and our room had awesome views of the HongKong Skyline and had a pool and a glass hot tub outside that shared the same view. Very cool. The most significant ting about the hotel for the kids however, was that we passed Dakota Fanning and her parents on the way into the hotel while they waited for their car, and Dad, not knowing that “THAT WAS DAKOTA FANNING!!!” was unaware enough to have engaged in a brief conversation with her and her folks about the gigantic pile of bags we were toting. 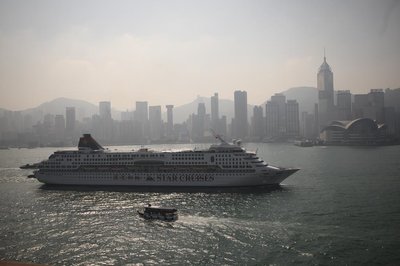 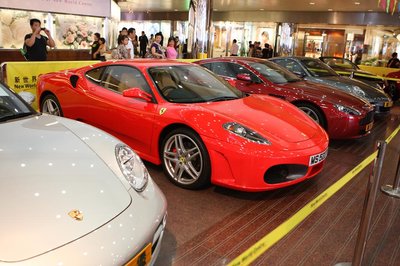 We started our visit with a trip to the Hong Kong Museum in Kowloon which chronicles the history of Hong Kong from early man, then details the social/political/economic situation that lead to British rule, then the Japanese Occupation, all the way through the return of Hong Kong to China. It was interesting and fun to see how the history of Beijing and HongKong were intertwined, (e.g. the burning of the summer palace) and it was fascinating to see a Chinese representation of the situation.

The next day we ventured over to Hong Kong Island on the Ferry and took a full day roaming the northern parts of the island, using a winding bus to scale Victoria Peak, and using the cable car to get back into the city. We spent some time shopping a bit on the Island, going to some “higher end” stores and some flea market alleyways. We did some skyscraper gazing as well. The Hong Kong skyline has to be the most beautiful skyline of any city – not just from across the bay, but from Downtown as you gaze upward. Parker gawked his way around the city – knowing so much about many of the buildings “that is the so and so tower, and it is the tallest residential tower in the world at blah blah feet”. He was in his element. 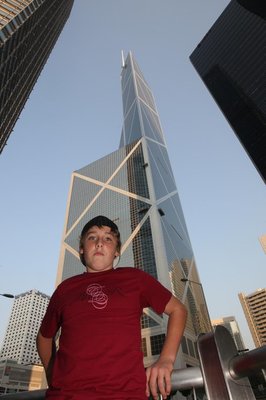 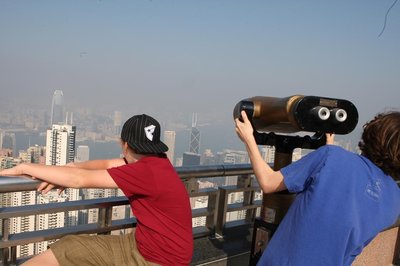 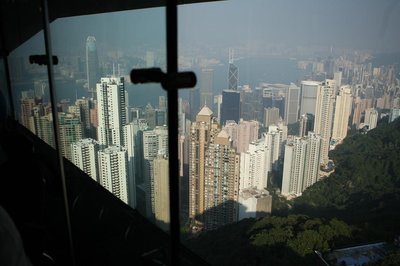 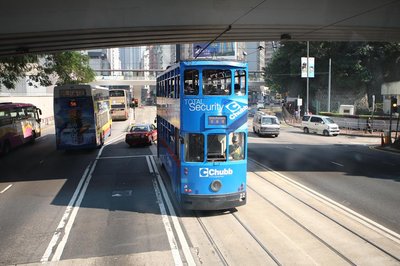 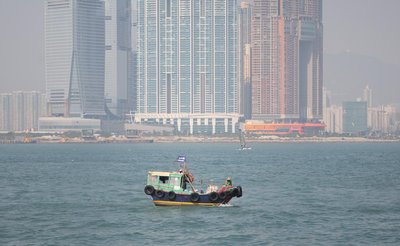 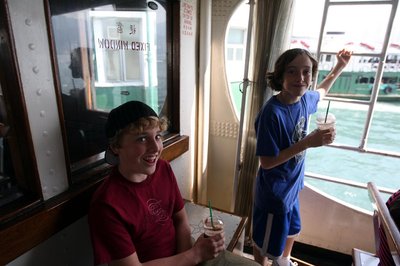 We finished our time on the Island with a quick bite at “El Agave” a Mexican restaurant with a fabulous tequila selection. Eric Duerr, a good friend from Seattle had given us a business card a year ago with the address of this place, and told me if I was ever there to look it up. We did. It was fantastic and we ran into some very friendly Australian’s at the restaurant who were related to Dustin Dollin, the kids favorite Aussie skater. We shared some laughs and emails, and hope to run into him while in Australia. We took the train back to Kowloon, crossing under the bay to go to the Mong Kok shopping area that featured a street lined with athletic shoe stores. Every store seemed to have the same stuff. This place was crazy, teaming with Chinese shoppers, and we were the only Blue eyed folks around. 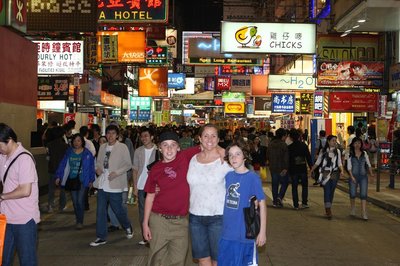 Carol and I did something that isn’t typical for us. We went to a “custom” tailor and had some clothes made for us. Carol had a jacket made for her and I had a couple of sport jackets, pants and some shirts made. It was a pretty cool experience and the prices were super low. A whole lot of “stars” use these tailors in Hong Kong and their autographed pictures are proudly displayed on the walls. There is clearly no lack of money in Hong Kong with Ferrari, Bentley, Rolls Royce, Aston Martin’s all well represented, but everyone still seems to be shopping for a great deal. At a high end watch shop, where we were really just ogling the beautiful Franc Mueller watches, with no intention to buy, the salesman kept lowering the price every minute or so, and throwing in “special gifts”… it was pretty funny.
The last day in Hong Kong, I took the boys to Mei Foo Skate Park, out in a Hong Kong suburb by the same name while Carol strolled Kowloon. After hunting around the area for a fair bit, and getting directions from some locals, we found the park the kids skated for a few hours there. This was a big deal because the kids have numerous pictures of their favorite guys skating Mei Foo. 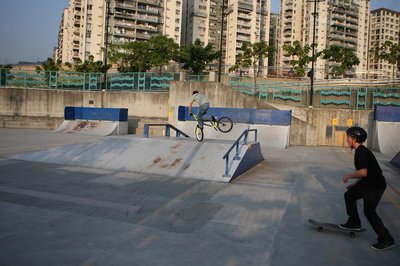 The Hong Kong Opera House was right next to our Hotel and as fate would have it, Lee Ritenour was in town and I was able to catch him with a great band our last night in town. So after the skate park, I walked to the opera house to catch the show. Carol and the kids aren’t huge fans, so I went solo. Lee had a great band with Melvin Davis on Bass, Barnaby Finch on Piano and JJ Williams on Drums. I have seen all of these folks in bands dating back to the early 80s and even sat in with Melvin in the 90s, so it was a real treat to get a dose of West coast jazz while we were in Hong Kong. Lee has quite a following in Hong Kong, and there were a bunch of locals who appeared to know his songs well, and appreciated Lee and his band.